We all know the Grand Canyon as one of the seven natural wonders of the world, today I learned why. As one of the locals described: ‘Pretty amazing for a big hole in the ground’.

Being the closest to the south entrance, we visited the South Rim of the canyon. A trip to the visitor center taught us there were no easy hikes (except for the going down part), so we didn’t attempt at one. A hike down the canyon and back up is a two day endeavor. A shuttle bus took us along the scenic route, dropping us off at three viewpoints. Standing on the edge, stunned by the view, we were accompanied by some California Condors circling above us. However, their view must have been more impressive, being able to stare down right into the 4000 feet (1200m) deep canyon.

After visiting the park, we went to see the National Geographic Grand Canyon movie at the IMAX. This film revealed parts of the inner canyon, following in the footsteps of John Wesley Powell. The show is a cheap alternative to an expensive helicopter flight through the canyon. 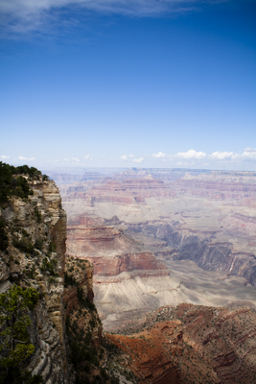 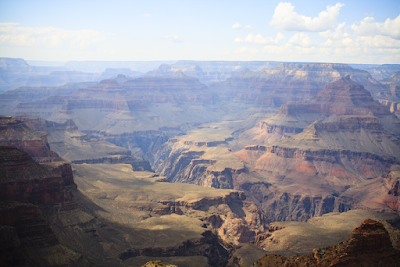 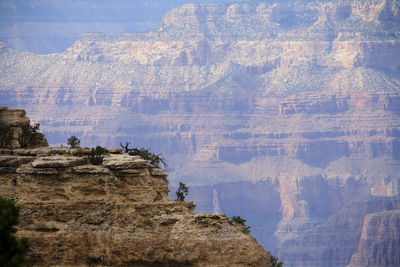 Tomorrow morning we will return to the more civilized (?) man-made world: Las Vegas.